ETI sales team was contacted by a strategic sourcing manager of a large producer of tankless water heaters to assist with the development of a new unit.

The overall project consisted of 8 specialty headers and 3 assembly units fabricated from copper tubing in the 1” to 2” size range. The ETI development team consisted of 8 engineers across 3 disciplines.

After approval of design concept, ETI was able to complete the prototype units in less than 4 weeks. Once we had customer validation of the prototype units, ETI entered into a 2-year commercial agreement in July 2019. Initial production shipments began in August with full production volume beginning in October.

With its diverse production capabilities, ETI was able split the production of these unit between two of its locations. 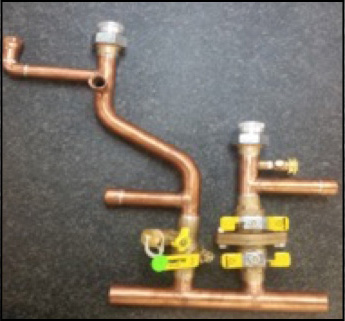